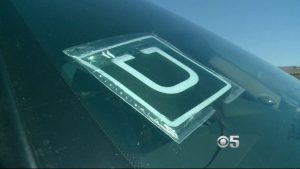 A report from Reuters suggests that Uber plans to go after the middlemen who sit between the shippers and the haulers – an area that’s already seen quite an evolution.

“We started with post-it notes essentially at truck stops, where drivers could drive by and see these boards with cards in it,” Kevin Abbott said. Abbott is vice president of CH Robinson, a large third party logistics company that matches loads with vehicles.

“What we found is that each new wave of new technology is really a new tool for this industry to use and to make it more efficient,” Abbott said.

And, he expects the same with autonomous trucks.  But he says, don’t dismiss the value of human drivers.

“When problems arise, people need to get in there and solve those problems,” Abbott said.

The biggest benefit he sees to self-driving trucks is that hours on the road won’t be limited by sleep breaks.