20 Types of Truck Drivers in the US: Most Common Questions Answered

20 Types of Truck Drivers in the US

Taking more control over your destiny can be a bit scary – or at least a tad overwhelming as you sort everything out. This certainly applies if you’ve made the decision to become an owner-operator in the trucking profession. It can ultimately be a very rewarding career choice. Move forward with the process of becoming an owner-operator with more confidence by checking out our deep dive into the world of transportation as it applies to owner-operators.

What Kinds of Truck Drivers Are There?

If you’ve been in the trucking business for a while now, even if it’s not as an owner-operator, you probably already know a truck isn’t just a truck. The most common options in the United States with truck drivers include:

Before you determine what kind of truck is going to be right for your needs as an owner-operator, the first thing you’ll need to do is decide what kind of driver you’ll be. While we assume you’ll be a productive and alert one, we’re actually talking about specific options with how you can operate as a driver if you opt to work as an owner-operator. Let’s take a closer look at the possibilities.

There are 20 different kinds of truck drivers. Below, we go over the basics with each one so you can decide with better certainty which option appeals to you the most. Once you figure this out, you’ll then be able to able to narrow down the kind of owner-operator trucking business you wish to start.

What Is a Dry Van Truck Driver?

Dry van drivers use trucks with rectangular trailers attached to semi-trucks. These trucks are usually filled with dry goods packed up in boxes or pallets. However, dry van truck drivers are usually not required to unload these goods.

What Kind of Equipment Does a Box Truck Driver Typically Use?

Box trucks have a chassis that includes the cab and power unit. Box truck drivers often haul furniture, an assortment of smaller items, and time-sensitive “hot shot” loads. You’ll need equipment to properly load and secure the items you’ll be hauling along with standard truck-related accessories.

What Kind of Loads Does a Refrigerated Box Truck Driver Typically carry?

If you’re a refrigerated box truck driver, you’ll be carrying perishable freight in a specially designed truck that maintains low temperatures. According to drivemyway.com, there’s a consistent and generally high demand for what’s referred to as “reefer trucking” due to the nature of the goods hauled.

What Are the Benefits of Being a Semi-Truck Driver?

Semi-truck driving provides many opportunities with the loads you carry and the clients you can work with on a regular basis as an owner-operator. According to some estimates. semi-truck drivers also earn, on average, nearly $60,000 annually. You’ll also enjoy a lot of freedom with where you can haul to location-wise and when you actually drive your semi as an owner-operator operating a semi-truck.

What Are the Risks of Becoming a Flatbed Truck Driver? 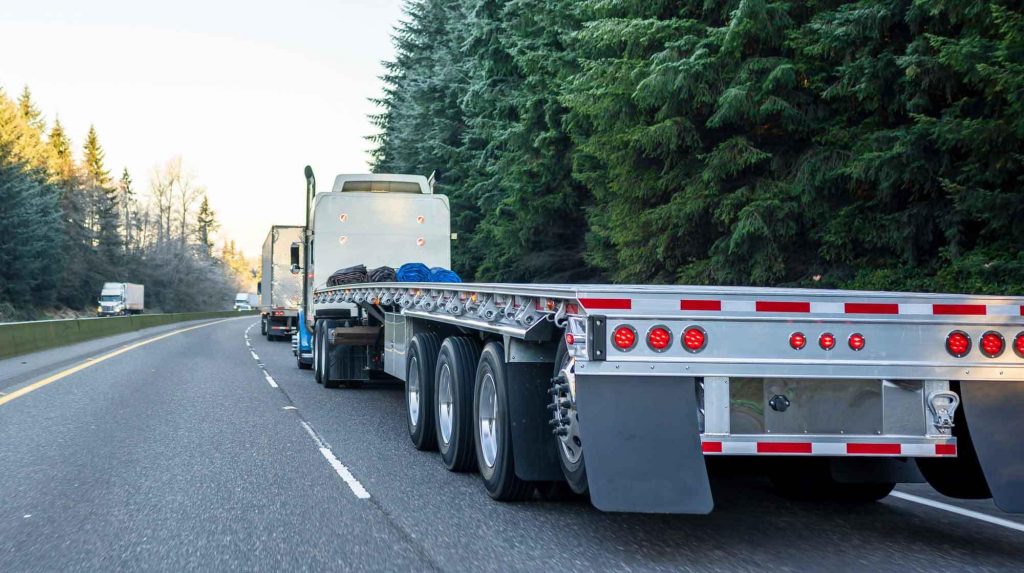 Flatbed drivers need to learn advanced load securement strategies due to the nature of these loads. You’ll also have to be cautious about securing your loads so they don’t move as you’re transporting your various hauls. Additional risks include:

What Kind of Special Loads Do Hotshot Truck Drivers Haul?

As a hotshot trucker, you’ll be primarily hauling expedited, time-sensitive loads that need to get to the intended destination fairly quickly. Typically, this means you’ll be driving a 5th wheel or gooseneck trailer. Hotshot loads often include automobiles, construction materials, and even livestock and cattle in some parts of the country.

What Are Local Truck Drivers?

As the name implies, a local truck driver is one that drives locally within a very specific geographic region. While the average salary for a local driver is less than what’s typical for an over-the-road truck driver, you do get the added perk of being able to primarily work within an area where you already live. This can be especially beneficial if you have a family and prefer to be able to divide your time between driving and home life. Local drivers can earn anywhere from around $39,000 per year on the lower end to around $82,000 on the higher end of the salary range.

Why Become a Regional Truck Driver?

As a regional trucker, you’ll be primarily driving in certain parts of the country. You might, for instance, be relegated to the southwest region of the country if you’re doing this type of driving as an owner-operator. Salaries for regional drivers also tend to be higher than what’s common for local drivers. Additionally, you’ll be driving more miles, which could result in a higher income if you get paid by the mile.

If you love the freedom of the open road, you’ll appreciate being a long-haul trucker. As a long-haul trucker, you’ll be logging hundreds of miles. One of the potential drawbacks is being away from home for long stretches of time. You’ll also be mostly driving on freeways, which also requires added alertness due to the higher speeds. However, the average salary for a long-haul trucker is higher than what’s typical for a short-haul or local trucker. The average is around $53,000 per year.

What’s Required to Be an Overland Truck Driver?

Basic requirements to be an overland truck driver include having a proven work experience in the trucking profession in general. You’ll also need to be able to maneuver your truck into various loading and unloading positions. Additionally, it helps to have good knowledge of truck-related rules for this type of driving.

What Are the Risks of Being an Ice-Road Truck Driver?

Ice-road truckers face several inherent risks that go along with this kind of trucking. Road conditions are one of these risks. The colder temps combined with ice and snow can make for treacherous driving conditions. Accidents that occur on the same roads you’re using that don’t directly involve you can also slow you down, which could cut into potential income as an owner-operator if you opt to do this kind of driving. Plus, due to the lower average speeds, days as an ice-road truck driver can be fairly long.

What Are the Benefits of Becoming a Heavy Load Truck Driver?

If you prefer a more creative approach to trucking, you’ll appreciate being a heavy-load truck driver. Because the loads typically handled vary in size, you’ll be able to experiment to some extent with options for securing your loads and unloading them. You’ll also be able to switch rigs as you drive if you prefer due to the nature of the loads. There’s the added perk of job security since there’s even more demand for heavy-load truck drivers today. What’s more, it’s often possible to start making money right away as a heavy load driver.

What Is the Difference between an Oversize Load Truck Driver and a Heavy Load Driver?

For “heavy load” the definition typically varies by state. On a federal level, however, a heavy load is a total of 80,000 pounds of gross vehicle weight. This can also be 34k pounds of tandem axle weight. If you go by single axle, the weight minimum to be considered a heavy load is 20k pounds. An oversized load is generally any shipment going beyond the standard truckload size by 8.5 feet or more. This is based on a standard interstate trucking lane width of 12 feet.

What Are the Risks of Being a Hazardous Material Truck Driver?

Due to the nature of this kind of driving, there are inherent risks that go along with being a hazardous material truck driver. Even so, hazmat truck drivers have a reputation for being safe drivers. In fact, just over 10 percent of all U.S. freight consists of materials fitting into this category. However, hazmat truck drivers only involve a low percentage of all truck-related accidents in the United States.
Potential risks associated with being a hazardous materials driver include exposure to toxic materials and issues with any substances that may unintentionally spill or become dislodged during an accident. As long as you’re well-trained and cautious, though, these risks can often be effectively mitigated and minimized.

What Is an Auto Truck Driver?

Are you considering becoming an owner-operator as an auto truck driver? If so, you’ll be primarily hauling trucks and truck chassis. Your main clients will be assembly plants, although you may also deliver these same materials and parts directly to dealerships or even car-related auctions.

What Kind of Loads Are Carried by Tanker Truck Drivers?

If you opt to work as an owner-operator as a tanker truck driver, you’ll likely end up transporting hazardous materials. For this reason, this type of driving tends to be potentially dangerous if you’re not familiar with hazmat safety protocols. However, some tanker truck drivers also transport food products and dry goods.

What Are the Advantages of Being a Military Truck Driver?

Military truck drivers are often veterans of the U.S military, although this isn’t specifically a requirement for the job. Military truck drivers are typically responsible for transporting military-related cargo and personnel. There’s generally good job security if you’re this type of truck driver, which is certainly an appealing advantage. You’ll also be handling, more often than not, important loads that play a significant role in maintaining regular military operations.

Is It Safe to Be a Dump Truck Driver?

Dump truck driving is unique from other types of trucking in that you’ll be driving loads while also paying attention to an assortment of other factors. In addition to the ones common with all types of truck driving, this list includes the unexpected nature that goes along with some of the job sites where dump trucks regularly go to deliver loads and some of the unique demands of the clients. However, it’s generally a safe form of truck driving as long as you’re attentive while you drive and comfortable with driving at slower speeds.

Why Become an Owner-Operator Truck Driver?

Freedom to steer your trucking career in any direction you please is one of the top perks of being an owner-operator. You’ll also have the ability to determine what you haul, what kind of driver you operate as, and the way your operations are run and managed. It can be a bit challenging at first, but processes such as freight invoicing or factoring can make it easier to maintain a steady income stream.

What Are the Pros and Cons of Being a Company Truck Driver? 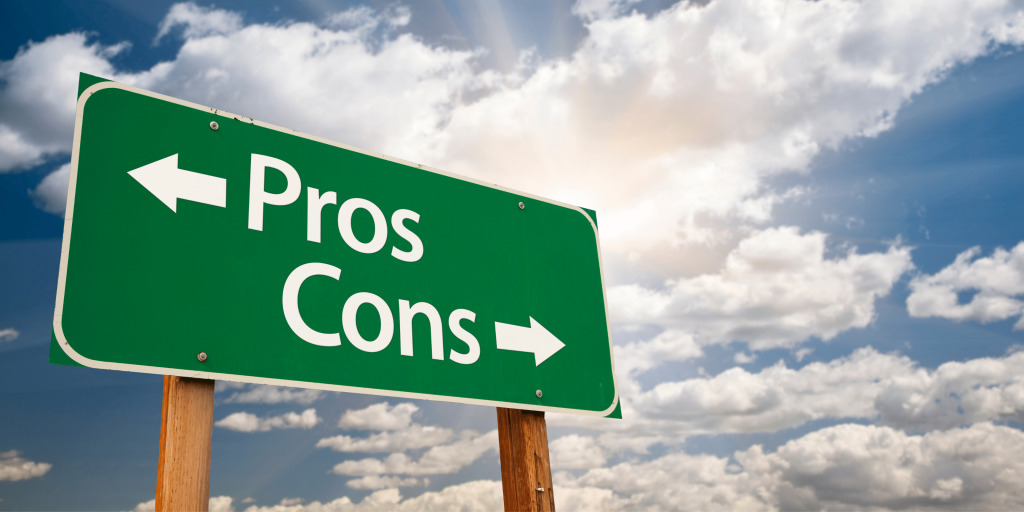 For some drivers, stability is one of the top perks of being a company truck driver since there’s no need to worry about personally finding loads on a regular basis. Also, many trucking companies provide access to an assortment of appealing benefits, such as workers’ comp, paid vacation time, and health-related coverage.
Some of the drawbacks of being a company truck driver include long hours, shifts that aren’t always flexible, and lack of off-time or downtime when it’s preferred. There are also typically not as many options or choices with what you haul on a regular basis since this is entirely up to the company. Take a look at this our blog article where we discussed in detail the Pros and Cons: Company Truck Driver vs Owner Operator

If you have decided to become an owner-operator and you are ready to get your business set up right, we encourage you to work through the Start Your Trucking Company page.
At Pay4Freight we love supporting our partners to become successful owner operators and then grow from one truck to a multi-truck business. We invite you to sign up for our invoice factoring service (we are the only 4.9 stars Google-rated freight factoring company Pay4Freight Google review); you can also take advantage of our 7% better together factoring-dispatch deal and our special fuel card offering.