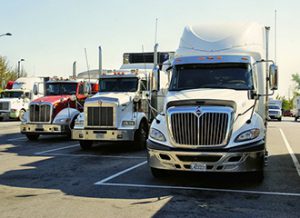 It would cost up to $20 for big-rig trucks to cross through Rhode Island along the East Coast’s most-traveled highway under a new plan proposed Thursday by the state’s Democratic leaders.

A General Assembly bill calls for the tolls to help finance a 10-year public works project to repair deteriorating bridges and roads across the state.

Democratic Gov. Gina Raimondo pitched a similar plan to lawmakers eight months ago, but support waned as truckers and other groups protested and top lawmakers put it on hold.

This time, Raimondo said a new infusion of federal highway money is helping to reduce the proposed toll amounts and how much the state would have to borrow to do the work she said is necessary to fix structurally deficient bridges.

She was joined on Thursday by Senate President Teresa Paiva Weed and House Speaker Nicholas Mattiello, both Democrats, to announce the details of the revised plan.